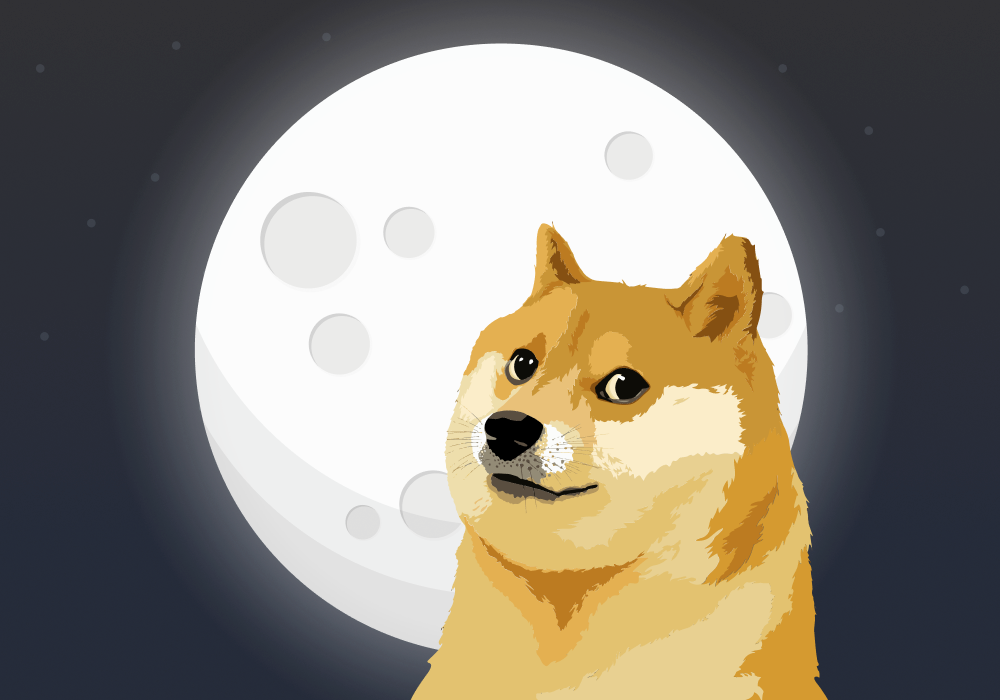 The development of cryptocurrencies is accompanied not only by the creation of a new financial environment but also by a series of disputes and memes. Some quickly go out of fashion and lose relevance, others become bestsellers. Here is the list of the greatest crypto memes of all time.

This is a popular meme that reflects the investor’s feelings about the current market situation. With a growing market, the meme takes on a green colour and a happy look. Otherwise, the Wojak turns pink with bleeding eyes that represent those who invested heavily in crypto which having a huge crash in value.

The meme itself appeared even before the cryptocurrency exchanges when on Krautchan’s imageboard user named Falco painted his face to troll the Polish user with the nickname Wojak. Soon the picture spread and got a lot of analogues. In a crypto environment, Wojak’s adventures continued. A sharp depreciation of Bitcoin even led him to the ranks of an employee at McDonald’s.

On July 12, 2017, the speech of the head of the US Federal Reserve Janet Yellen was interrupted by an unknown young man holding up an improvised sign in his hands recommending buying Bitcoin. This screen went on the net, and soon the guy got the nickname The Bitcoin Sign Guy.

The “Hodl” came from the English word “hold”. This typo appeared in 2013 in a post from Bitcointalk’s user GameKyuubi. Many people liked the typo and began to use it everywhere. Meme HODL with a slight irony informs that it is not necessary to panic and sell all coins in case of rate fluctuations. The word HODL itself is part of the name of an investment strategy built on long-term asset retention – “BUY AND HODL”.

Some governments still try to ban cryptocurrencies. Remember the story with Facebook’s Libra coin, which caused a huge public outcry in 2019. It already has restrictions in France, USA, Switzerland. However, it’s all just in words. Here is the truth.

On 23 September 2019, Greta Thunberg made a speech addressed world leaders, blaming them for ecological catastrophe all over the planet. Her words ‘How dare you!’ and facial expression became a meme in a day. This has led to some in the crypto community posting memes that are reflective of investors’ apprehensions.

“Bitcoin is a scam, Sell Everything” – says the living Bitconnect meme Carlos Matos. So if you hear it, run away as fast as you can. Why? Read in our article The Biggest Scams In The Crypto History.

This Hungarian man from stock photos still surfing through the Internet with his painful smile. And we must agree that nothing describes the stress dealing with all of the volatility in the crypto market like Harold’s legendary facial expression.

Usually, events in the crypto world give rise to memes, but with Dogecoin, everything turned out exactly the opposite – at first, there was a Doge meme.  It was ranked at No. 12 on MTV’s list of “50 Things Pop Culture Had Us Giving Thanks For” in 2013.

Based on this meme, the programmer Billy Marcus created the Dogecoin. The developer wanted to make people associate crypto with something nicer than terrorism, drugs and money laundering. So he issued a new coin, the emblem of which was the previously known meme picture, which depicts a dog. Now Dogecoin is considered the kindest currency and has a large community that regularly collects funds for charity.

What’s your favourite crypto meme? Share your opinion in the comments below.

And remember if you need to exchange your crypto coins StealthEX is here for you. Just go to http://stealthex.io and choose the pair and the amount for your exchange. Then follow these easy steps:

Is Ethereum A Good Investment?
How To Buy Tezos Cryptocurrency?
How To Mine Litecoin?
Uniswap Price Prediction 2021
How To Buy Litecoin?