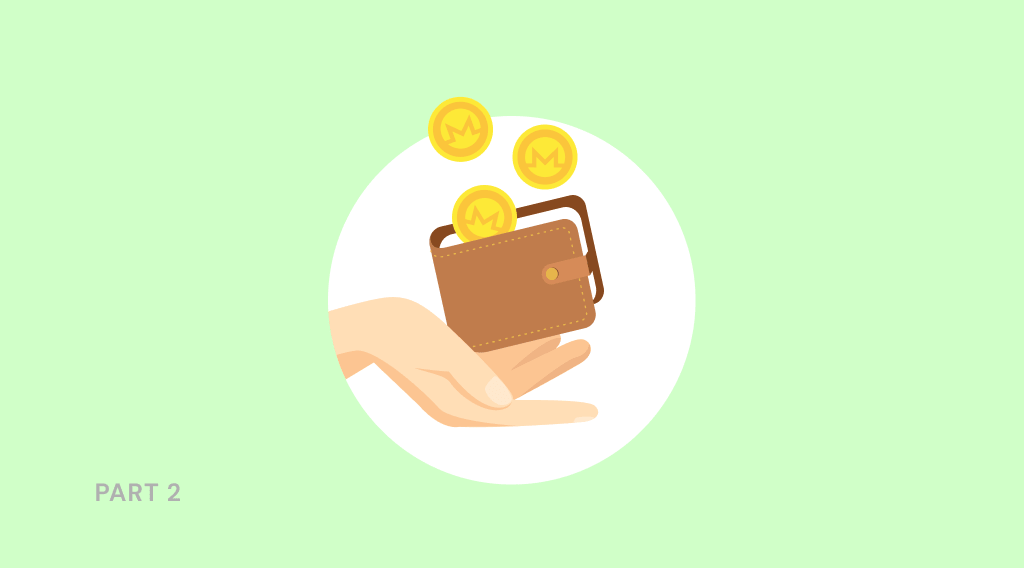 Cake Wallet is a mobile wallet originally created for iOS devices, which recently got a version for Android. Cake was launched in 2018 and became the first mobile wallet for Monero. It is approved by the Monero Project team and has good reviews on mobile platforms.

Private keys are stored locally on your device. For quicker log in to your iOS wallet, you can add up Touch or Face ID. To diminish the chance of losing the wallet due to device loss or change, it is possible to create backups using iCloud or other storage.

There is also a built-in exchange feature, which supports some of the most popular cryptocurrencies, such as Bitcoin, Ethereum, Dash and Litecoin.

Thus, this wallet is a convenient and secure way to store your Monero. Monerujo is an open-source Monero wallet for Android devices. The app has a simple and intuitive interface.

The wallet is quite lightweight because it uses remote nodes to sync with the Monero blockchain instead of directly downloading. Monerujo wallet gives you control over your private key by storing it locally on your Android device.

You can enable login using fingerprint in the app (if your phone has a fingerprint sensor). A mnemonic seed-phrase consists of 25 words. It is necessary to write them all down and keep them in a safe place.

The app provides a convenient QR-code that you can use to receive payments. Integration with the XML.to service allows sending payments to BTC addresses using XMR.

In the Hardware wallets section, you can connect Trezor wallet to Exodus — so far the only supported hardware cryptocurrency storage. After setting a connection with the device, the “Portfolio” section of the application will display assets stored in Trezor, and you will also be able to perform operations with them through the Exodus interface and use the internal cryptocurrency exchange function.

How To Create A Cryptocurrency?
How To Buy TRON Coin?
Chainlink Price Prediction 2021
How Smart Contracts Work In Ethereum?
How To Buy Hedera Hashgraph Coin?