Bitcoin Price Prediction 2025: What Is the Future of Bitcoin? 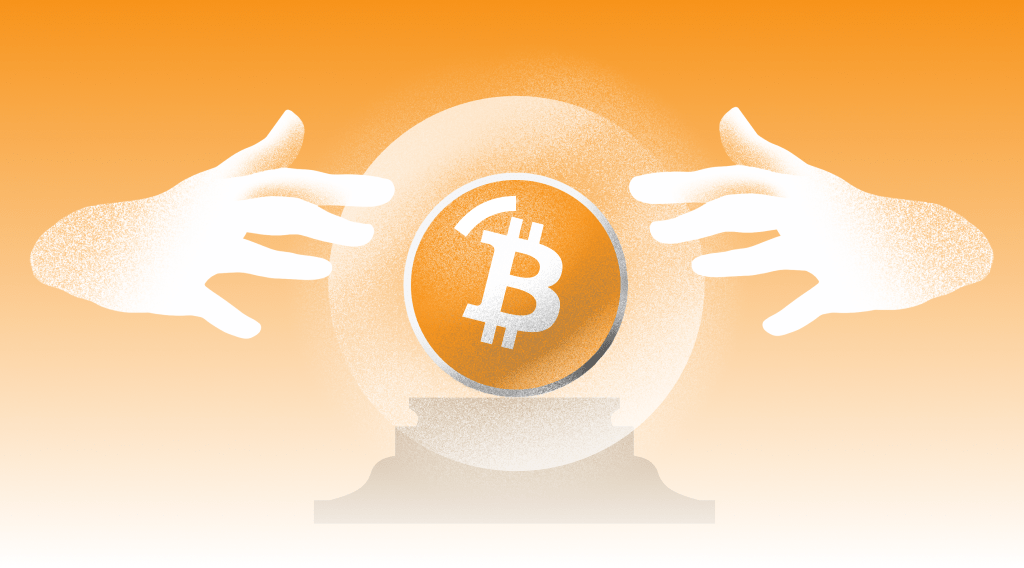 Bitcoin is the first cryptocurrency in the world that was created by genius programmer Satoshi Nakamoto in 2008.

Basically saying, Bitcoin is software that operates on blockchain technology. The information is formatted in blocks and distributed across a global database maintained by a network of computers connected to the Internet and protected by encryption. Thanks to this technology Bitcoin became the first digital currency that works without the control of any central bank. Many people think that Bitcoin has the real potential to become a global reserve currency.

Nowadays Bitcoin is the number one cryptocurrency by market capitalization.

Bitcoin attracts a lot of institutional investors including SkyBridge, Ruffer, MicroStrategy, Grayscale, and many other huge companies. Moreover, financial giant PayPal announced the support of cryptocurrencies including Bitcoin. All this positive news for sure will help Bitcoin go mainstream in the near future.

Bitcoin doesn’t have any official roadmap. We can expect that the developers’ team will continue working on different updates of the Bitcoin network in the future.

What Is The Current Price Of Bitcoin?

According to the Wallet Investor Forecast System, Bitcoin is a great option for a long-term investment with an earning potential of +22.36% in one year.

What Is The Future Of Bitcoin?

Where Can I Buy Bitcoin?

One thing is for sure – if you are looking for the best platform to exchange cryptocurrency – StealthEX is here for you.

How To Get Bitcoins?

Exchange Bitcoin on StealthEX with a low fee.