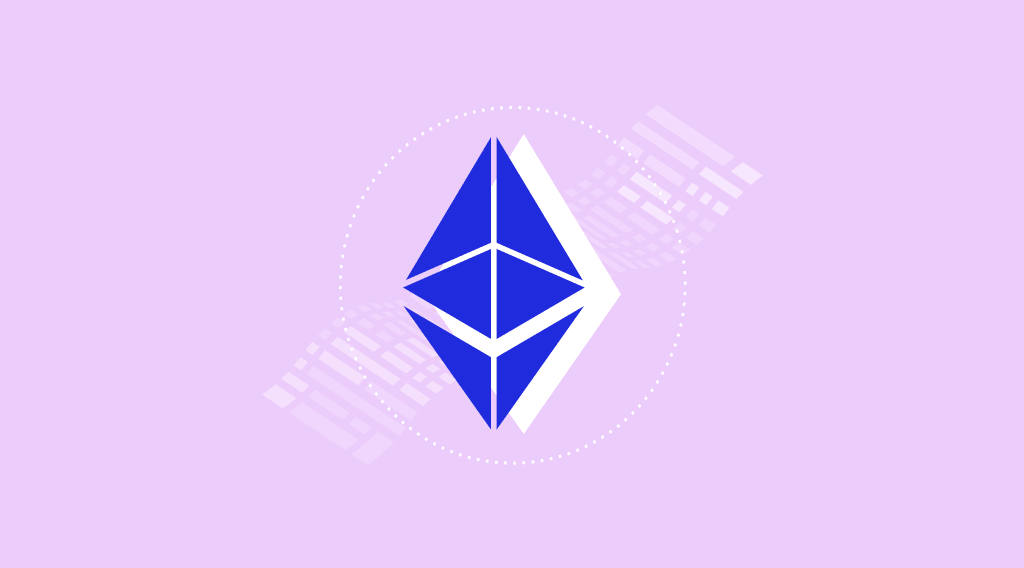 What is Ethereum 2.0? One problem of the Ethereum network that the update should solve is scalability. At the moment, its blockchain can perform to 15 transactions per second, which is over two times more than that of bitcoin. However, this speed is still not enough for a large number of users. For example, the Visa payment system can perform up to 24 thousand transactions per second.

Adding an Optimistic Rollup technology will help to solve the scalability problem. According to Vitalik Buterin, the creator of Ethereum, its implementation will occur after the network’s update and will increase its throughput to 1000 transactions per second.

Another solution to this problem is a change in the algorithm. Currently, Ethereum runs on the same protocol as Bitcoin, Proof-of-Work, confirmation of transactions in the cryptocurrency network occurs using the computing power of processors.

Using the Proof-of-Work algorithm limits the growth of the Ethereum network bandwidth. To withstand a large load, more miners are needed, but the growth of their number slows down since it becomes more difficult to mine cryptocurrency and, consequently, less profitable.

This is the reason the Ethereum development team is planning to switch to the Proof-of-Stake algorithm. Unlike the PoW, it does not require the use of computing power to confirm blocks. Instead of miners, transactions will be confirmed by validators. To become a validator, the user should have 32 ETH and install a special client. From a technical point of view, this is easier than buying mining devices and maintaining their functionality, as well as looking for access to cheap electricity. Thus, the system will no longer need expensive hardware.

The main solution to the scalability problem will be to implement sharding. Current Ethereum network is a unified database. After the update, the blockchain will be divided into autonomous, interacting blocks — shards, each of which will process particular transactions and smart contracts, which, however, will be recognized by the entire Ethereum blockchain. Nodes that form the shard process information separately, this allows maintaining the principle of decentralization. This is important since the risk of centralization is another big problem of the old algorithm.

Since the complexity of mining has increased over time, and now this process requires having expensive equipment and access to cheap electricity, small participants can not afford to stay in the game. In such conditions, big pools of miners that can provide higher productivity have a decisive advantage. For example, in April, more than 50% of the computing power of the Ethereum network was provided by only two mining pools. This creates a significant risk of centralization and “51% attacks”.

Validators will confirm transactions and get rewards in the form of passive income. According to the project’s roadmap, this amount will vary from 1.81% to 18.1%. The profitability of the stacking will depend on the number of validators. The more of them, the smaller the amount they get. However, there will be some costs. In the same Ethereum 2.0 roadmap, developers mentioned that the cost of validating transactions, based on rough calculations, will be about $180 per year. One of the developers of the project, Justin Drake, predicts that on average the validator will receive an income of 5% per year.

What is the estimated Ethereum 2.0 release date?

The launch of Ethereum 2.0 will take place gradually, in six stages, the “zero” of which is expected this summer. However, it is worth noting that due to finding vulnerabilities, the dates have already been shifted several times–initially, the transition to the new version was planned in 2019.

One of the developers of the project, Afri Schoedon, said that the launch could be postponed to 2021. According to him, under favourable circumstances, the main network can be presented in November of this year, but there are certain difficulties in this.

Schoedon explained that before launching ETH 2.0, all of its clients must be brought to the same specifications. After that, the developer’s team needs to open a unified deposit contract so that users can transfer their assets from the old chain to the new one. Between these stages, developers also need additional time, so they could test all aspects of the new system.

As it usually happens, there’s going to be two parallel blockchains as a result of the hard fork. The first one, ETH1, will continue to work using an old protocol, while the update will be implemented on ETH2. Users will be able to transfer their coins from the old blockchain to the new one, but not vice versa. The appearance of sharding will allow developers to move to phase 1.5 — during this phase, ETH1 will merge with ETH2, becoming one of the 64 “shards” of the updated blockchain. In the second phase, smart contracts become available on ETH2, which can be considered the full start of its economic activity.

And what are expectations?

Updating the Ethereum network will increase its technical capabilities, namely, it will speed up and reduce the cost of transactions, as well as make the blockchain less vulnerable for centralization process.

Currently, the absolute majority of decentralized finance projects are developed using the Ethereum platform. The Ethereum 2.0 release will probably attract even more partners who will use the blockchain for their projects.

“ETH 2.0 is a much stronger catalyst than the Bitcoin halving simply because it’s an uncertain and fundamental change.” — Ryan Watkins wrote on his Twitter account

And the part about uncertainty is hard to disagree with. Of course, there are some concerns about the bright Ethereum future. The coming hard fork carries with it potential negative consequences. For example, after switching to the PoS algorithm, the US Securities and Exchange Commission (SEC) may well admit Ethereum as a security, which will lead to legal complications similar to those faced by Pavel Durov when trying to launch his TON blockchain platform.

For now, ETH is the most popular coin for mining at home, and most of these miners will probably just leave the network.

There is also a risk that the price of Ethereum may fall. To receive passive income for storing ETH, the user will not only need to have 32 coins but also block them through a special transaction. They will not be able to withdraw these blocked funds immediately. As stated in the project roadmap, the cryptocurrency withdrawal process will take at least 18 hours. This could take even more time if many users request the return of tokens at the same time. Thus, if ETH falls in price, it will be impossible to sell it immediately, and there is a risk of losing some capital and all the income received from stacking.

Nevertheless, investors are mostly optimistic — the volume of Ethereum options on the Deribit exchange has grown to a historical high, which indicates confidence in the future of Ethereum project. The ETH price is also growing, having overcome the consequences of the March collapse of cryptocurrencies.

Most experts agree that Ethereum price will grow after the update. On the one hand, the altcoin will become more expensive, as it will become a more attractive investment. On the other hand, the offer will decrease, as users will start transferring coins from the first version of the network to the second, to block them for passive income.

If you want to participate in the future fate of the ETH project, you can buy Ethereum using the StealthEX service. We provide a selection of more than 300 coins and constantly updating the cryptocurrency list so that our customers will find a suitable option for exchange with a low fee.

How To Buy Ethereum At StealthEX