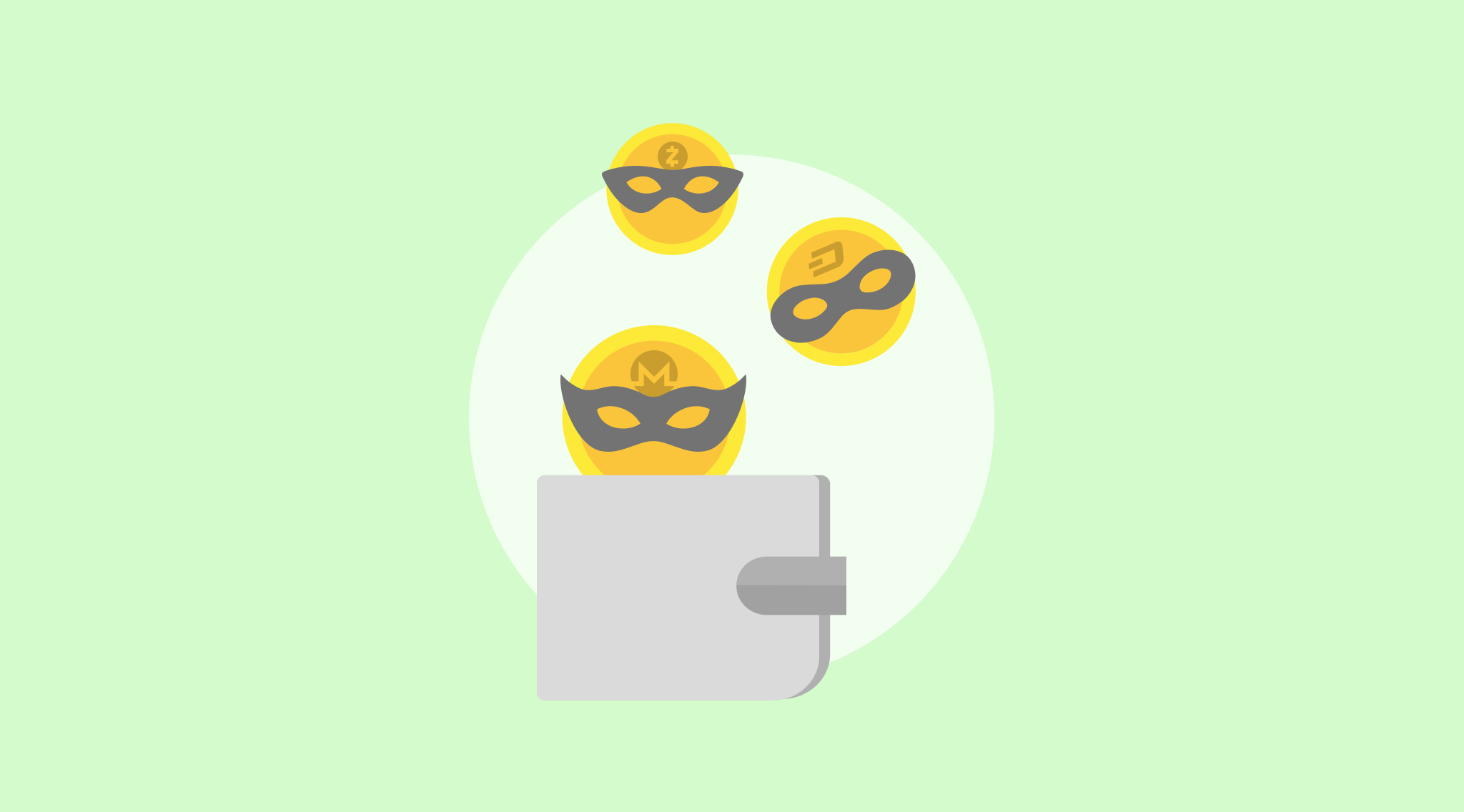 Last year Bitfury’s multidisciplinary Blockchain specialists announced the possibility of revealing the identities of more than 16% of all owners of Bitcoin addresses. Several years ago, a team of CryptoLux developers, having conducted a study of transaction privacy on the Bitcoin network, concluded that 60% of all addresses can be deanonymized. Summarizing all this, it’s worth highlighting three existing methods that can successfully deanonymize private transactions.

The easiest way to cluster (link Bitcoin addresses) is by analyzing transactional networks. In other words, this is a method that allows finding several inputs combined in one transaction. The second clustering method is “distribution analysis”. It allows calculation the percentage of cryptocurrency at the certain address that comes from another specific address and it becomes clear whether these addresses are connected by one direct transaction or a chain of transactions or not.

When a transaction is made through the user’s wallet, the input nodes send information about the transaction to the Blockchain network. The purpose of this method is to identify the set of input nodes through the wallet and the user. In this case, the IP address of the client can be associated with its transactions. There are certain private cryptocurrency-leaders which are popular and trusted among users. Using one feature-privacy, they have different ways of functioning.

The platform focuses on privacy and decentralization. The coin uses three levels of protection:

•  Ring signatures, that hide the origin of the sender by mixing the user’s address with the addresses of other group members.
•  Ring confidential transactions, which hide the amount of the transaction.
•  Stealth addresses, that allow a user to hide the recipient’s address.

Such way guarantees the privacy of the sender and the recipient. Monero can be bought on Poloniex, Bitfinex, Livecoin, and Kraken crypto exchanges. It is possible to store Monero via an online wallet. More secure is its computer wallet. Due to its privacy, the popularity of the coin is expected to grow, so it makes sense to add a coin to an investment portfolio.

•  Increased privacy. Cryptocurrency is suitable for those who are afraid of deanonymizing network transactions.
•  Unlimited and difficult mining.
•  It takes less time to find blocks.
•  Resistance to the centralization of mining capacities.

•  Resources. All currency protection technologies require impressive machine performance for normal operation. The Monero block size is constantly growing, and this requires additional resources of network participants.
•  The popularity in the dark web leads to problems in working with regulatory authorities, exchanges often delist it. Speaking of reputation, Monero’s reputation is far from the best. The coin is often used on the dark web as payment for various illegal services. It happens to almost all crypto coins that provide privacy.
•  Large transaction sizes. Since Monero Blockchain is five times larger than the Bitcoin Blockchain in terms of one transaction.
•  Problems with scalability.

The Dash platform is a classic decentralized Blockchain-based payment system and the most technologically advanced cryptocurrency. It implements multi-off-chain money transfers without loss of reliability and overall security of the Blockchain. Its confidentiality is rather an additional option that can be used optionally. In the case of anonymity, it is possible to send a hidden transaction, but at a more expensive cost, which also requires additional time. Dash developed a hashing algorithm with eleven cryptographic functions-X 11 for the first time. The coin developers have released apps for other platforms. Today it is possible to use Dash for IOS, Zeal for Linux, LovelyDocs for Android and Velocity for Windows.

As well known, the CoinJoin is an anonymization method for crypto transactions, which is used by Dash as an improved version called the PrivateSend. Its mixing sessions are limited to 1,000 DASH for each session and will require multiple mixing sessions to anonymize a large amount of money.

•  High transaction speed. It is achieved via InstantX technology, which enables the confirmation of operations in less than 4 seconds.
•  Law transaction fees.
•  Energy consumption. Unlike Monero, it does not require a lot of power or high commission costs.

•  “Transparency” of the network. Without triggering the “mixing” mechanism, the directions of transactions and their balances are publicly visible to everyone.
•  Lack of proper cryptographic technologies that provide privacy, but can provide a sufficiently high level of protection.
•  Transaction visibility to the founders and the team.

Mathematically guaranteed privacy is something cryptocurrency can not be proud of. This fact makes the currency specific. All Zcash coins are identical, it means that interchangeable coins do not contain information about past use created. In this regard, the connection of coins with their history on the Blockchain is broken, which makes them universal and identical to each other. Zcash blocks are generated 4 times faster than Bitcoin. The currency trades on Huobi, Bitfinex and Binance exchanges, and after purchase, it can be stored on the exchange’s internal wallet, as well as transferred to Jaxx, Cryptonator and Coinomi multi-currency wallets. Coins can also be stored on hardware wallets like Ledger and Trezor.

•  Privacy. Since no information except the time stamp, is recorded in the Blockchain, transactions cannot be tracked, and the identity of the sender and recipient is almost impossible to establish.
•  Interchangeability. Due to interchangeability, all coins have a “clean” history. This means that it is practically impossible to determine which transactions coin was used.
•  Security. Lack of information about user keys, which protects user wallets and the network.Mining energy efficiency. Zcash mining hardware consumes less electricity than Bitcoin mining ASICs.
•  The difficulty of mining. Zcash is beneficial for those who want to get coins for block creation. Bitcoin mining becomes more and more complicated, so miners cannot earn enough money via their computers with high capacity.

•  6 users can decide to leave the transferred data completely open.
•  It takes a lot of calculations to complete a transaction.
•  Insecurity. There are fears that the system could be hacked, or users may accidentally open the data.
•  Legally ZCash is supported only by Linux, however, it provides users with wallets for other platforms: Jaxx, Ledger, Trezor, Trust, Zecwallet, Ibitcome, Exodus, Guarda, Coinomi, Cobowallet, and Bitgo.

Private cryptocurrencies are necessary for anyone who values the privacy and confidentiality of financial transactions. Privacy can generate more value, than danger, as Eric Hughes says: “Privacy is necessary for an open society in the electronic age. Privacy is not secrecy. A private matter is something one doesn’t want the whole world to know, but a secret matter is something one doesn’t want anybody to know. Privacy is the power to selectively reveal oneself to the world”.

If you need to exchange your coins private and without registration – StealthEX is here for you. Just go to StealthEX and choose the pair and the amount for your exchange. Then follow these easy steps: