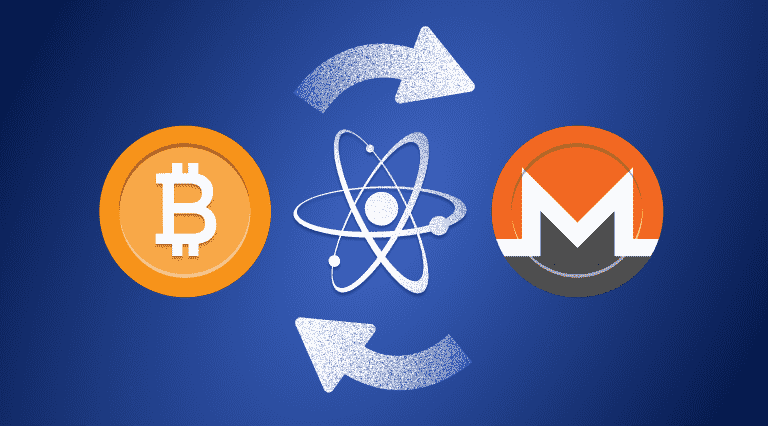 Despite the increased volatility, the cryptocurrency market never stops developing and is constantly being updated with new digital assets. As of 2021, there are over 6,000 crypto coins available. The increased supply creates a need for cryptocurrency exchange. Until recently, only exchanges were available. But in most cases, these platforms have fees and extra expenses for conversion. Atomic Swaps technology was created to make transactions easier. Keep reading to learn more about Atomic Swaps in the new StealthEX article. So let’s start!

What Is An Atomic Swap?

Atomic swaps are a transfer and conversion technology that allows everyone to make transactions without third parties and almost instantly.

This technology was first mentioned in P2PTradeX by Sergio Demian Lerner in 2012. But it was only in theory without the possibility of implementation in practice. A year later, Tier Nolan presented a detailed report on the possibility of atomic swaps implementation. And in 2017, there was a breakthrough. That’s when the first direct exchange between Litecoin and Decred took place without third parties.

One more breakthrough happened on August 17, 2021. That day the first BTC to XMR atomic swap was conducted by Twitter user @SethForPrivacy. According to him, this transaction took only 34 minutes and was done over Tor. The Monero (XMR) team was also excited about this news in their tweet. As one user noticed, it’s the biggest event in Monero’s history.

What Problems Does The Atomic Swap Protocol Solve?

Atomic swaps have potential in the cryptocurrency world. By using this method, a lot of problems of centralized exchanges can be avoided. Their primary issues include:

Atomic swaps solve all these problems seen in the centralized exchanges and many other difficulties.

Using an Atomic Swap protocol for transactions, you get lots of advantages:

But not all cryptocurrency wallets accept coins that are exchanged via atomic swaps. But the current shortcomings will be corrected shortly, as many large companies have taken up implementing such an exchange system because of the brilliant prospects.

There are some fundamental requirements for cryptocurrency to support atomic swaps. One such requirement is the implementation of the Lightning network.

If the HTLC contract can be thought of as linking two blockchains, the Lightning network is the pairing of payment channels. To make a transaction, users must also be linked through payment channels.

Besides, to make a transaction between two different blockchains, both circuits must use the same cryptographic hash function. This is necessary for the contract to function properly when the secret number hash is generated.

Also, both blockchains must support contracts for temporary blocking of funds.

An exchange BTC for XMR is performed according to the following algorithm:

HTLC technology is created in such a way that both participants depend on each other for a successful exchange.

All in all, atomic swaps are a genuine breakthrough in the blockchain industry. With this technology, they do not need to involve a third party. Throughout the process, users have full control over their private keys.

How To Buy Monero XMR?

Even though atomic swaps make transactions fast and secure. But for a successful transaction, users will need to download the two cryptocurrency blockchains. Sometimes it is quite inconvenient, and for some users, unrealistic. In this case, StealthEX is the safest platform where to buy Monero.

StealthEX is an exchange providing access to over 350 cryptocurrencies. Since it’s a non-custodial platform, there’s no need to worry about your security while buying Monero crypto. You have to provide only basic information for your transaction, stay unidentified, with no need to wait long for transaction processing.

Our News
StealthEX Welcomes Solar
Solar is a fully decentralized blockchain and open-source network which supports the SXP blockchain.