BTC to XMR Exchange: How to Convert Bitcoin to Monero Coin? 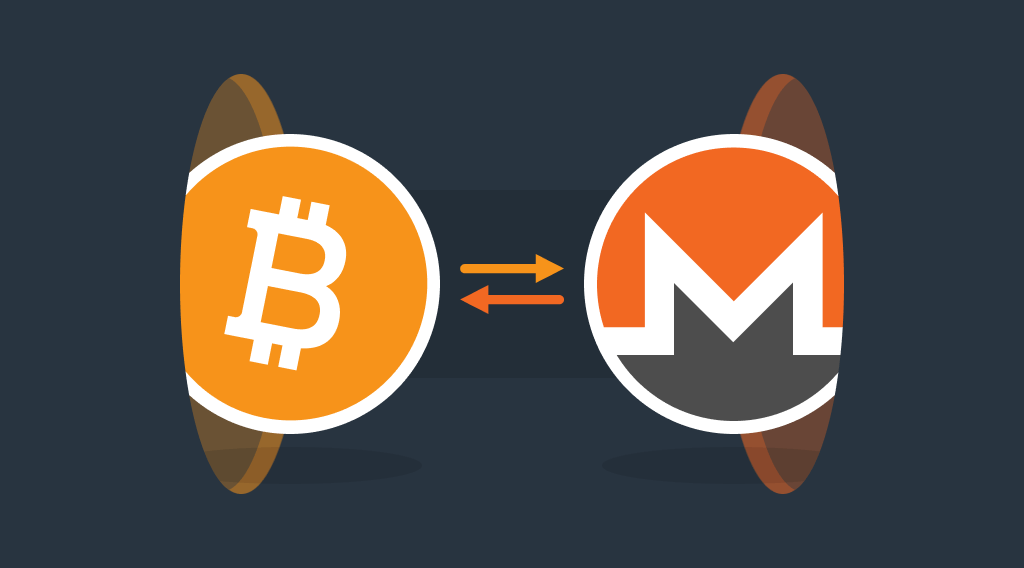 Monero (XMR) is a token based on CryptoNote protocol, that provides high anonymity of all transactions. One of the key advantages is autonomy. Users don’t need to interact with third parties to make transfers. Read more about BTC to XMR exchange in the new StealthEX article.

In 2012, a new cryptocurrency called Bytecoin (BCN) appeared on the market. One of the benefits of this digital asset was CryptoNote. This algorithm hides the data about the sender and the final recipient of the transaction. The new blockchain attracted users who value their anonymity, but soon it faced criticism from the members of this community. It turned out that as a result of pre-mining, about 80% of coins were credited to the personal wallets of the founders, making mining unprofitable.

In the spring of 2014, the Bytecoin chain went through a hard fork, which resulted in developing a new digital asset. First, Monero had a more complicated name – BitMonero. After the launch, the XMR team improved the wallet interface, secured the code against hacker attacks, and convinced the community to pick a more understandable name for the coin.

How to Exchange BTC to XMR?

At the moment, it’s very important to support exchanges that work with Monero due to the recent developments in many countries. Since many governments, including India, are looking to ban at least private crypto, including Monero, Zcash and others, it’s crucial for the crypto investors to keep working with the platforms that support these digital assets. Even at times like this, Monero executed a hard fork to be more secure and private, despite the governments’ attack on anonymity tools. If you prefer to use centralized exchanges, you can use the largest ones, including Kraken, Binance, DV Chain or Bitfinex.

Where to Buy Monero?

Right now, the market is experiencing an obvious crackdown on private cryptocurrencies – this is why it’s important to mention the importance of custody-free services supporting XMR, including StealthEX. Our platform provides users with a convenient way to convert Bitcoin to Monero within minutes. The swaps are made on-chain and are performed wallet-to-wallet.

Just go to StealthEX and follow the guidelines below. Let’s imagine you want to exchange BTC to XMR. To make an exchange, you need to take a few simple steps:

First, you should choose Bitcoin in the left drop-down list. Then choose the XMR token in the right list of coins.

After setting the pair it is necessary to enter the amount of BTC you want to exchange.

Here you will see the estimated amount of Monero coins that you will receive after the exchange.

Now when everything is set for the exchange, press the START EXCHANGE button and you will be taken to the next page.

In the second step, you need to provide the XMR recipient address. The recipient address must match the cryptocurrency you are going to receive. Remember to double-check the information you enter prior to the exchange as the transaction you make cannot be canceled.

As soon as you have carefully checked all the details, you can press the NEXT button and you will be redirected to the CONFIRMATION page with the information about the exchange.

Here, you can revise the address provided and the amount of XMR cryptocurrency you will receive. Don’t forget to read and check the Terms of Use and Privacy Policy box. Without checking the box you will not be able to continue the exchange.

Pressing the NEXT button you will be redirected to the EXCHANGE page.

At first, you will see the address where you need to send your BTC coin to continue the exchange. StealthEX will also provide you with the exchange ID. It will allow you to keep all the information about the swap. It is recommended to save your exchange ID or the link to your exchange.

After sending BTC coins to the shown address, the information on the EXCHANGE page will be renewed automatically. The EXCHANGE page has several statuses that will change during the time of the exchange.

Completion of the Exchange

Finally, you will be redirected to the FINISH page. This shows that the exchange has been successfully made and you will receive crypto to the address provided. To be sure that XMR coins were sent to your wallet you can also use the Output hash shown on this page and check it in the blockchain list of transactions.

From here, you can either create a new exchange on StealthEX.io or leave the page and check your Monero coin wallet to be surprised at how fast you got XMR crypto. Usually, the process is quite rapid so you won’t need to wait long.

Monero is a decentralized, peer-to-peer (P2P) digital currency that aims to make transactions on the blockchain anonymous. Contrary to popular belief, Bitcoin transactions aren’t anonymous. These payments are fully traceable on the public blockchain: it’s even possible to keep an eye on stolen BTC, as we’ve seen following an array of high-profile hacks over the years.

When it comes to Monero vs Bitcoin, there are differences concerning their tokenomics. BTC currently has a circulating supply of around 19.11 million coins – although a sizeable chunk of these are feared to have been lost forever. That means that there are about 1.89 million left to discover in the next 120 years or so. In other words, about 9% of the total supply is still unmined.

Contrast this with Monero – there are more than 18.1 million tokens in circulation and it has met its total supply, but logistically it has no maximum supply. From June 2022, block rewards were scheduled to be fixed at 0.6 XMR per block and under the new software rules, rewards for new blocks will never drop to zero. This is also known as ‘Tail Emission.’

What’s more, there’s one major difference that sets the Monero and Bitcoin blockchains apart: it’s the cryptography that’s used when transactions are executed. Monero (XMR) uses a technology known as Ring Signatures to ensure that the senders and recipients of a crypto payment cannot be identified.

Monero is considered to have superior privacy over other cryptocurrency projects because of its Ring Signature transaction obfuscation mechanism. In 2020, the IRS offered $1,000,000 to anyone who develops a system for tracking Monero transactions, but no cryptocurrency experts answered the call for proposals with a convincing project.

More people start thinking about where to buy XMR crypto because this token has the following benefits:

Just recently, Monero underwent a planned hard fork event, introducing new features to boost its privacy and security. The hard fork brought several fixes to the internal multi-signature mechanism to facilitate the exchange of information such as key sets and data synchronization between wallets.

The network upgrade was delayed from July 13, 2022 when it was first planned for release, and more time needed to resolve hardware wallet incompatibility issues.

Completed in August at block 2,688,888, the hard fork now features a larger ring size (from 11 to 16), an improved ‘Bulletproofs’ algorithm for faster transactions, a revamped multisig mechanism, and performance upgrades that reduce wallet sync times by 30-40%. Monero’s latest network update further boosts transaction source and privacy on an already uncracked system, making it a real challenge for deciphering efforts.

The most secure place to hold XMR is native wallets. First, it’s an open-source graphical user interface (GUI) wallet available in 30 languages. Offering 2 modes (simple and advanced), this program can be used on any desktop OS.

There’s also an open-source command-line interface (CLI) wallet for advanced users and developers. One of its key features is pruning, letting you download only ⅓ of the blockchain to save space. Furthermore, this wallet can bring extra income for node operators thanks to the Pay-for-PRC feature.

Monero founders have ambitious plans. They’re going to work on return addresses and second-layer solutions for increasing speed and scalability.

With many pros, more investors are eager to convert BTC to XMR, letting the price grow. As for WalletInvestor, the experts believe that Monero will cost around $370 by the end of 2025. PricePrediction crypto enthusiasts are even more positive about this token, saying it’ll reach an average price of $617.76 in 2025 and an astounding $6,721.99 in 2031.

And by the way, don’t forget that if you’re looking for a place to purchase Monero crypto, StealthEX is exactly what you need.

In addition, our users can purchase cryptocurrencies using fiat and we still offer the opportunity to buy crypto at fixed rates!